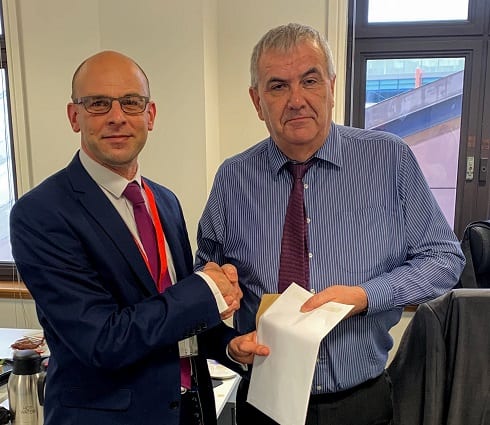 IHE President Jonathan Pearson reminded all present that Richard has been a longstanding member of the council, joining initially as a student member back in 2004, following which he joined the presidential team in 2006, becoming president in 2012.

Even before finishing his term as immediate past president he took up the role as CEO in 2015 and has remained at the heart of the council until this meeting. The members joined in wishing him farewell after serving the Institute and council for the past 16 years.

Mr Pearson presented him with a card and gift to mark his departure offering his own personal thanks to Richard for his hard work and support over such a long period of time.

Mr Hayes said that he hoped he was leaving the leaving the Institute in a much stronger position and wished his successor Steve Spender every success for the future.