Home » In the Bleak Mid Winter

In the Bleak Mid Winter 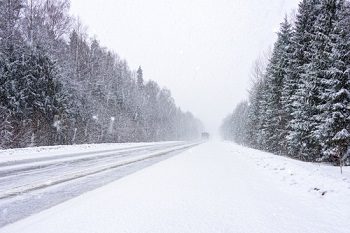 The notorious winter of 1962/63 came to be known as the Big Freeze of 1963. Snow fell heavily on Boxing Day and remained on the ground until Easter in deepest West Sussex. I had joined West Sussex CC in early 1962 as a draughtsman in the private street works team due to its expansion following the 1959 Highways Act. There was nothing in my job description regarding winter maintenance or emergency response – but that was soon to change.

The heavy snowfall arrived from a southerly direction off the English Channel, unusual in Sussex as such falls usually arrive from the east. It blanketed the coastal towns and in particular Bognor Regis. To the north, a short length of dual carriageway known as the Shripney Bypass, built in the 1930s, had a beech hedge along its central reserve, some 2 metres in height – it was buried by the blanket of snow which fell.

As the youngest member of the team, I could be released in the emergency and coupled with my communications experience as a leading observer in the (now defunct) Royal Observer Corps, I was promptly whisked away to the Civil Defence Communications Room in County Hall, Chichester, to assist with the liaison for snow clearance throughout the county.

In those days the only equipment were two-way radios with the divisional surveyor’s offices (x4) and a land line telephone, which was often down due to snow damage to overhead lines.

The drift on the A29 was beyond conventional ploughing and the only way to open it up was to load and cart away. We hired loading shovels and large tipping lorries and excavated a route to the sea where it was finally dumped. The extent can be judged by the photo above. For further reference; a Mini was accidentally lifted by a loading shovel and deposited into a tipper lorry before the
operator realised its presence.

Later in my career when I joined Surrey CC and became a divisional engineer my role included winter maintenance management. Although some 15 years had elapsed, I discovered that  communications and decision-making had really not moved forward significantly. There was still no real acknowledgement of weather being a 24/7 activity.

The introduction of motorways and their associated Department for Transport agency in Surrey brought pressure to improve the standard of service, and this resulted in divisional engineers being put on seven-day rotas with enhanced payment to oversee operations. This involved the installation of computers to receive weather forecasts and distribute decisions by fax out of office hours. We also worked with borough and district councils to produce co-ordinated coverage of all highways within the county. Forecasting was by this time supplemented by remote weather stations installed by Vaisala giving up to date local data. The bigger picture had arrived.

However, there were still problems on the strategic network of motorways and trunk roads.

The winter of 1990/91 was in many ways a replica of 1962/63 but with increased traffic. The strategic network was still maintained by county agencies within England. Hence the M25 was maintained by no fewer than five different authorities, plus the Dartford Crossing – with six different winter maintenance plans covering the orbital route. Improvements in communication and
continuity of service were still required and this was highlighted when the south orbital of the M25 became gridlocked that winter, backing up throughout Kent and Surrey resulting in occupants spending many hours in their vehicles. My phone was red hot that night.

Today the M25 is maintained by one holistic contract providing the continuity that is necessary to achieve full connectivity. The IHE now provides excellent courses for winter maintenance management. If you are responsible for this in your employment and have not received, training do book one – don’t be the weakest link! 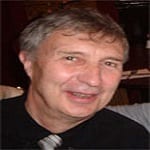