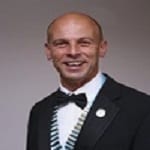 Jonathan works for Ringway Jacobs as Head of Programme Management within the ‘Essex Highways’ Integrated Partnership, which delivers a wide range of highway services on behalf of Essex County Council.

Since then his career progressed within local government at Norfolk, Lincolnshire and Cambridgeshire County Councils – in a range of operational and strategic roles. In 2015 Jonathan joined Tarmac to lead on Programming activities through Norfolk CC’s Highways Contract – before moving to Ringway Jacobs in the Autumn of 2016.

Jonathan became a member of the IHE in 2003 before becoming an Incorporated Engineer and Fellow in 2006. Following completion of an MSc in Civil Engineering in 2008 he achieved Chartered status in 2010. He has served on the IHE Council since June 2010 and was the Portfolio Lead for the Membership and Qualifications Group until 2016.  He also conducts Professional Reviews on behalf of the Institute.

On 22nd June we also said a farewell to Tony Kirby who completes his term as president of the IHE. Tony has provided a great level of commitment and dedication to our Institute over the past two years, and we know that his successor, Jonathan Pearson, will continue the levels of excellence set by his predecessor.

More information on the Presidential Team can be found here.