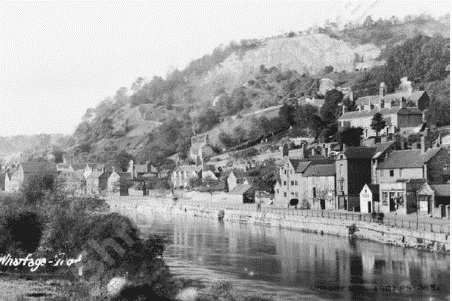 Declan Kearney, senior geotechnical engineer and team leader at Telford & Wrekin Council, looks at the work on the Ironbridge Wharfage

The village of Ironbridge sits within the Ironbridge Gorge World Heritage site, nestled on the steep banks of the River Severn in Shropshire. The area is both beautiful and rich in industrial history. Anyone who searches online for ‘Ironbridge’ or visits one of its many museums will quickly learn of its importance as the birthplace of the industrial revolution and about the famous iron-making Darby dynasty. Ironbridge is unique in that it had all the geological and hydrological ingredients readily available to kickstart the Industrial Revolution.

The world’s first iron bridge (after which the village is named) spans the Severn at its eastern end and was constructed in 1779, entirely from cast iron using pioneering techniques by the Darbys. The Wharfage is recorded as having being built in the 1780s but it is very likely that the Wharfage existed in some primitive form prior to this date and received a major overhaul as part of Darby’s work. An early Tithe Map (which predates all Ordnance Survey maps) for Ironbridge clearly depicts the Wharfage in much the same alignment as it appears today.

Although we think of the Ironbridge Gorge and its industrial monuments such as the Bedlam and Abraham Darby’s Furnaces as impressive cutting-edge builds, there is one other contemporary structure which largely goes unnoticed and that is the Ironbridge Wharfage. The Wharfage, built as a wharf for loading and unloading boats, is a stretch of public highway which lies between residential Ironbridge to the north and the River Severn to the south. It is approx 500 metres long and seven metres wide and entirely retained by a masonry and brick wall historically constructed in the bed of the Severn. This gravity retaining wall supports the highway and underlying soils. Although contemporary to the iron bridge and built for the same purpose (i.e. to allow public access across the Severn), it takes a back seat in the history books despite being a major construction project of the time.

Section of the Wharfage wall

Up until 2021 little was known about the physical properties of this large human-made structure. However, thanks to the collaboration between Telford & Wrekin Council and the Environment Agency, and a funding agreement following flooding from storms Dennis and Christoph, an investigation was carried out to unravel some of the mystery behind the origin and composition of the Wharfage.

One key question relates to the permeability of the Wharfage during flood events and, based on the findings of the investigation, we now know that the structure underneath the Wharfage is very complex. Up to 5.5 metres of made ground fill overlies a layer of superficial natural clays up to three metres thick, which sits on geologically variable bedrock. From this evidence we can conclude that historically, the river bed was up to six metres below the existing Wharfage level. During the historic construction works, it would have been necessary to initially work in the river and control the river water while infilling tens of thousands of cubic metres of materials onto the river bed behind a largely masonry retaining wall. This would have been an immense task for the 18th century engineers.

The interpretation of the 2021 investigation findings is still ongoing at the time of writing. However, it is clear that the Wharfage highway and retaining wall are still performing effectively after a quarter of a millennium, which is testimony to the skills of the 18th century engineers. Today, Telford & Wrekin Council engineers have the challenge of maintaining this historical structure in a time of climate change and increased frequency of flooding.