IHE Council - The Inside Story 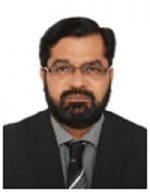 The aggression was imminent as soon as the meeting started. The atmosphere kept getting tense as the members drew out swords and started tearing apart the “all ok” presidential team’s narrative. Beads of perspiration started trickling down the forehead of the CEO while the President started to stammer, as he struggled to rephrase the minutes and the statistics from the last meeting, amid a growing uproar in the room. The scrutineer and the members took charge and started dropping bombshells that resulted in total chaos. Well, let me admit that nothing happened in the last council meeting that even had a faint resemblance to the first few sentences of the above account, as it was understandably a serious meeting of a highly professional engineering institute, rather than a scene from a thrilling movie.

The IHE council meeting of 18th February started over the zoom platform as per the set agenda and format, with the President’s opening statement followed later by a Presidential update. The CEO generally administered the meeting session with the supporting hand of the President, as he discussed the items one by one on the agenda, presented a financial statement of the year 2020 and briefed the members on the details. Council members freely asked questions and kept probing on some items that required clarifications. Portfolio Leads comprehensively presented their activities and highlighted their achievements since the last meeting. It gave a sense of accomplishment of all the good work being done to run the institute. Listening to the seasoned council members was a treat as they shared their perspective,opinions and ideas. Then there were those out of the box thinkers that fired away interesting ideas and statistics intending to improve some current processes and review a few existing approaches. The Scrutineers report was quite comprehensive and provided a 360-degree view of the institute.

The meeting overshot by more than an hour, over and above its planned schedule. Despite my efforts of switching views between cameras, I still could not spot a single person yawning or distracted. I thought this was quite remarkable for a more than 3 hours virtual meeting session. I even got some good ideas for my desktop background, for future meetings. Though, I am not at liberty to say much about the financials, the most critical part of the meeting, but it would be very unfair if I do not express the “awe” with which I watched the facts and figures being presented that strengthened my belief in the leadership and its strategies to steer the IHE during the toughest and the most unprecedented times that we are currently passing through.

Become a member of Council

If you are interested in joining the IHE Council please email us at info@theihe.org